The works of the authors who did not pay the fee would not be taken into consideration. 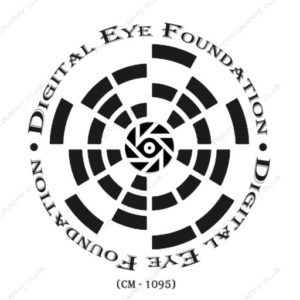 An image is considered to be Monochrome only if it gives the impression of having no color (i.e. contains only shades of grey which can include pure black and pure white) OR it gives the impression of being a greyscale image that has been toned in one color across the entire image. (For example by Sepia, red, gold, etc.) A greyscale or multi-colored image modified or giving the impression of having been modified by partial toning, multi-toning or by the inclusion of spot coloring does not meet the definition of monochrome and shall be classified as a Color Work.

A Photo Travel image is a portrayal of the real world we live in, as it is found naturally. There are no geographic limitations. Content guidance: 1. If the image is predominantly or exclusively a land-, sea- or cityscape, these “scapes” must include characteristic, distinctive and recognizable physical features, although it is not necessary that the image identify the exact location; 2. Images that predominantly or exclusively depict people and their activities must illustrate a distinctive culture of a country, region, or continent; 3. Images that predominately or exclusively depict animal populations are allowed, if the animals are in their native environment and are characteristic of that country, region, or continent; 4. Portraits or other close-ups of people or objects, in addition to meeting the above paragraphs as applicable, must include elements depicting some of the surrounding environment to make it obvious that the image was not taken in a studio setting; 5. Images from events or activities arranged for photography, or of subjects directed or hired for photography, are NOT allowed. 6. Time exposures are allowed, if they do not dominate the image as a special effect (star trails, for example, are a dominating effect). 7. Highly distorted images such as those produced by fish eye lenses are NOT allowed. Attention is drawn to the PSA Statement on Subject Matter which applies to all sections and to the Editing Guidelines for Nature, Photojournalism and Photo Travel * Greyscale Monochrome images may be entered for Photo Travel section but toned images are not permitted for Photo Travel sections. ** For the purpose of this exhibition, vignettes & borders are not allowed in Photo Travel Digital images.

• Nature photography records all branches of natural history except anthropology and archaeology. This includes all aspects of the physical world, both animate and inanimate, that have not been made or modified by humans. • Nature images must convey the truth of the scene that was photographed. A well-informed person should be able to identify the subject of the image and be satisfied that it has been presented honestly and that no unethical practices have been used to control the subject or capture the image. Images that directly or indirectly show any human activity that threatens the life or welfare of a living organism are not allowed. • The most important part of a Nature image is the nature story it tells. High technical standards are expected and the image must look natural. • Objects created by humans, and evidence of human activity, are allowed in Nature images only when they are a necessary part of the Nature story. • Photographs of human-created hybrid plants, cultivated plants, feral animals, domesticated animals, human-created hybrid animals and mounted or preserved zoological specimens are not allowed. • Images taken with subjects under controlled conditions, such as zoos, are allowed. • Controlling live subjects by chilling, anaesthetic or any other method of restricting natural movement for the purpose of a photograph is not allowed. Attention is drawn to the PSA Statement on Subject Matter which applies to all sections and to the Editing Guidelines for Nature, Photojournalism and Photo Travel * Greyscale Monochrome images may be entered for Nature but toned images are not permitted for Nature sections. ** For the purpose of this exhibition, vignettes & borders are not allowed in Nature Digital images.